If you want to try a complete change right in the heart of France, then get your kilts ready and join us on the French-Scottish estate of Aubigny-sur-Nère. Every year for more than 30 years now, this 6000 inhabitants town which is situated between Berry and Sologne revives its past Scottish traditions.

A red phone booth like the traditional British ones, people wearing kilts, a whisky bar, a pipe band…Welcome to the City of the Stuarts, the most Scottish French town !

Aubigny-sur-Nère : the City of the Stuarts

Who would think that this charming little town of 6000 inhabitants, situated at the crossing of the old province of Berry and the actual nature reserve of Sologne was a Scottish territory during more than 2 centuries.

Aubigny stands for the Auld Alliance memory : priviledged links established between the 2 kingdoms along centuries and starting in 1295.

Let’s go back into the past and imagine that we are in the XVth century. In the name of this alliance, the Scotts come to rescue the French Kingdom against the English invadors during the 100 years’ war. Charles VII, the French king has called them for help against their common ennemy : the English, and rewards them by offering the lordship of Aubigny to Jean Stuart of Darnley a Scottish army constable and cousin of the Scottish king.

The Scottish ruling has left lots of traces. The Stuarts’ castle nowadays shelters a bagpipe school as well as the Auld Alliance center. The historical town center is full of picturesque streets bordered with XVIth century half timbered houses such as François I’s house, Joan of Arc’s house, St John’s house, the bailiff’s house.

For almost 300 years, this town lived in the Scottish way. Although the castle now belongs to the town council the traditions are still very lively.

Since 1990, every year around July 14th, those French-Scottish feasts strengthen the existing tight links between the Scots and Aubigny.

The town then revives its past and displays Scottish colours : kilts are a formal dress, the music of the bagpipes and the pipe-bands spread all through the town.

Dozens of thousand people flood in the streets to celebrate heartily the lasting friendship between Aubigny and the Scots.

Do stroll everywhere in the town and listen to the bagpipes, watch the pipe-bands parades : the local ones as well as those coming from Scotland, Switzerland, Galicia and Brittany, and imagine you really are somewhere in Scotland.

You can also watch the Highlands Games in the « Grands Jardins », celtic dancing, the middle age and Scottish open market, medieval camps, banquets, the clans village and you will feel like beeing in the Highland’s world. And also every night you may attend a celtic rock or a bagpipe concert.

Do not miss a good occasion to enjoy an outstanding weekend with friends or with your family. 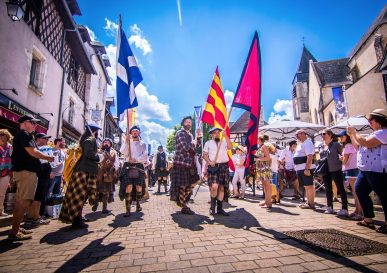 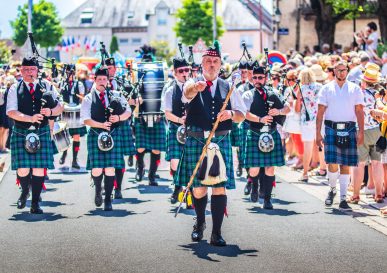 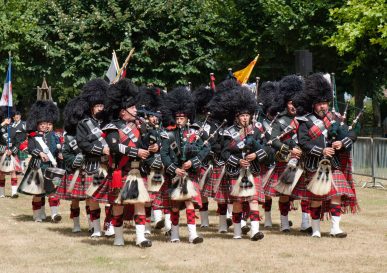 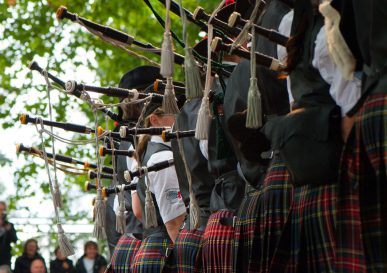 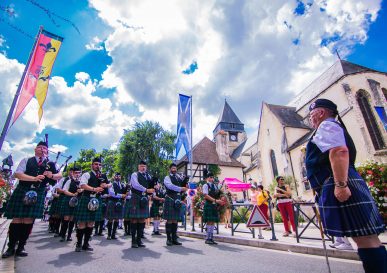 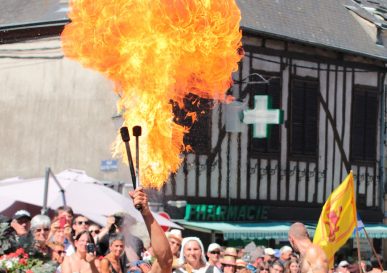 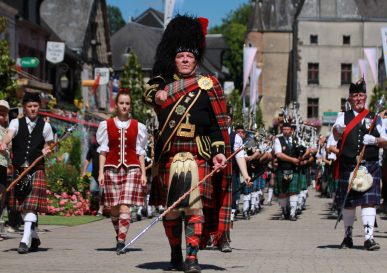 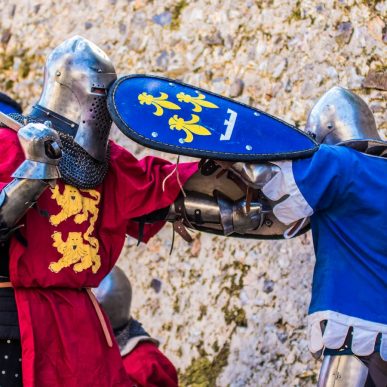 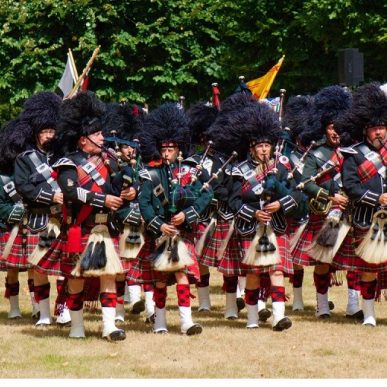